The purpose of a Conviction Integrity Unit [CIU] is to identify, remedy, and prevent systemic inequities within the justice system, including:

Prosecutor misconduct is rampant in the United States; and by far the number one cause of prosecutorial misconduct is the failure or refusal to disclose exculpatory evidence - and that is why the Brady List exists as a public-facing platform.

For communities that have been plagued with police misconduct and prosecutorial misconduct that have resulted in large cash settlements, here a few things you can do:

Bring together three (3) individuals: a) top law enforcement leader; county prosecutor or District Attorney; and, the chief Judicial Officer and ask them some questions.

If the answer to any of these questions is anything other than an unequivocal 'Yes' - you have a problem.

If any one of these individuals pleads the fifth - you have a big problem.

That's it. Now you know whether or not you really have a problem. Good luck!

With the evolution of the Judge Watch Network, extensive and ongoing law enforcement civil right violations, systemic prosecutorial misconduct, and the incompetent judicial discipline pretenses have led to the need for CRUs and CIUs to evaluate large quantities of cases for reversal, dismissal, compensation, and sanctions against the bad faith institutional actors.

The JudgeWatch Network is the definitive public-facing database of information about judicial ratings, public complaints, misconduct, and Court Watch reports and reviews. 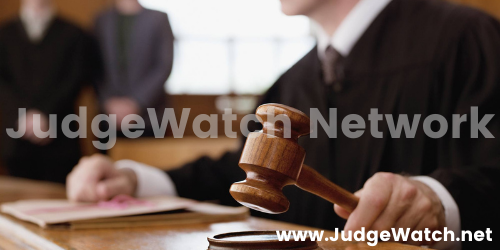